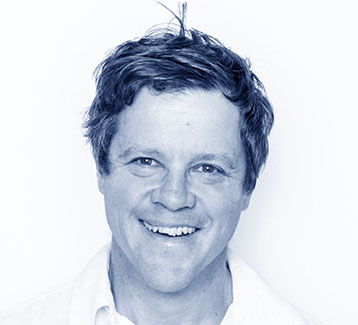 Race trouble is something South Africans know a lot about and have personally experienced. It is a sense that one has been treated as a member of a racial category rather than as an individual. It can be painful, it can rob one of dignity, but most often it leads to uncertainty and anxiety. The interaction can leave you fuming, but it usually leaves you with a suspicion but with no clear evidence that you have been racialized.

The aim of this talk is to help the audience understand how they can become party to race trouble, not only as victims, but also by perpetrating it. It thus helps the audience take ownership of race trouble, but it does so in a non-judgmental way that encourages all to interrogate themselves. It does this in two steps. First, the talk will make you think about racism in a way that you have never thought before. It will then show how people use racism to get along with others and to feel good about themselves. The second step of self-reflection will begin with all in the audience taking a test of their unconscious bias. This test measures unconscious psychological thoughts and feelings that you will be entirely unaware you had.

We conclude by showing how unconscious bias can affect the way we get on with others, as well as our ability to collaborate and our productivity; and we will consider ways to limit the impact of implicit bias and to reduce race trouble in our lives, our relationships, and our organizations.

Human beings are endowed with a remarkable capacity for empathy. When a friend loses a loved one we can feel their pain. But empathy can fail. This is typically what happens in misunderstandings. We all experienced a period of interpersonal conflict. You have an argument with someone – perhaps with your spouse – and it persists because he or she just doesn’t understand. They can’t see what they’ve done was wrong. They too, feel aggrieved and wronged. And so both parties think they are right, feel angry and hurt, but they cannot see the other’s point of view, or feel the other’s hurt, or bring themselves to say sorry. Misunderstanding of this kind are a cancer in relationships. It can become protracted, endemic and eventual lead to a total breakdown in the relationship.

Misunderstandings can be defined as the failure of empathy. The same can happen between groups. Take for example the intractable conflict between Israelis and Palestinians. It can’t be resolved because each group thinks it is right and is unable to see things from the other’s point of view or to feel their pain. The same thing can happen among employees in a company. It might be conflict between management and workers, or between men and women, or (especially likely in South Africa) the conflict may take a racial undertone. It may be experienced as a mild sense of division and anxiety or it may fester and break out into open conflict, discrimination and prejudice. Either way, intergroup misunderstanding have the potential to rob all of joy, to undermine morale, and slow productivity.

This talk explains why there is so much conflict and anxiety about race and racism in South Africa, and why we react to racial conflict in the way we do. We will consider how racism affects us all, and we will think about ways we can do things differently to improve our quality of life in the place we live and work.

Complete the following booking form and click the submit button. An Arctic Fox representative will to get back to you as soon as possible to complete booking process.